The time has come to save the Vlei! 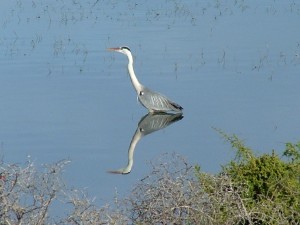 Decades after conservationists called for the Verlorenvlei near Elands Bay on South Africa’s West Coast to be afforded formal conservation protection to preserve its biodiversity, this Ramsar site is still under threat. A local authority, Bergriver Municipality, has now taken action which could turn the years of environmental neglect around.

Twenty-five years ago conservationists called for private individuals, private enterprise, and relevant official bodies to ensure that Verlorenvlei and its multiple resources are given formal conservation status protection as soon as possible.

This was in response to the first full-scale study of the wetland system which was published by the CSIR in 1986. The report quotes Prof. John Parkington, who points out that archaeological artefacts suggest that humans have been in the Verlorenvlei area, more or less continuously, for more than 100 000 years.   With few situations in sub-Saharan Africa where the potential for prehistoric reconstruction over such a period is so promising, and no other locality along the Western Cape coast with such potential, he states that it is imperative the promise is not squandered by the lack of conservation measures.

Fresh water is the biggest concern

Now, a quarter of a century later, the Verlorenvlei is decidedly under threat. Its unique archaeological treasures, its populations of fish, birds, animals and plants and its function as water purification filter and breeding ground for a significant number of species, are battling the impacts which human populations bring.

Perhaps more significantly, the Vlei is incontrovertibly linked to the Sandveld’s complex network of aquifers. Consequently, the environmental neglect of the Vlei is also posing a hazard to the availability of potable water.  Experts in freshwater studies have been expressing concern about the quality and quantity of water in Verlorenvlei since the first full-scale study of the Verlorenvlei estuary was published in 1986.

Despite its status as an internationally recognised Ramsar wetland, it is an anomaly that this recognition of its significance as a biodiversity hotspot still affords it no formal legal conservation status under South African law.

No mining in sensitive areas

For the Verlorenvlei Coalition, recent inappropriate mining applications and grants, such as the threat of a tungsten and rare earths mine in the Moutonshoek Valley upstream of the Verlorenvlei and the mining licence granted for the Vele Coal Mine near Mapungubwe, have highlighted shortcomings in mining legislation and its application, as well as a lack of development planning at the regional level.

The solution would be to place a moratorium on mining in ecologically sensitive areas and for government to be proactive in defining and identifying such areas rather than leave decision making to officials on an ad hoc basis. At the very least, the Coalition seeks an embargo on mining in the Moutonshoek catchment area of the Verlorenvlei: considering that mining is an activity which would immediately suspend the Vlei’s status as a Ramsar site, leaving aside the consequences of volatile chemicals on the loose in ground and surface water within the catchment area. 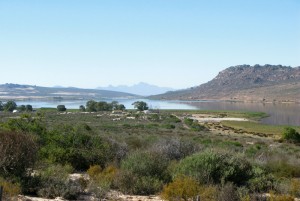 Although there are no land-use planning frameworks and policies in place yet to stop the environmental degradation of Verlorenvlei, a local government authority has made a commitment which could finally save the estuary! In 2009 the Bergriver Municipality, which manages the catchment area of the Vlei, became the first B-grade municipality in South Africa to become a member of the Local Action for Biodiversity (LAB) programme. This is a global urban biodiversity initiative launched by ICLEI (Local Governments for Sustainability) in partnership with the IUCN (International Union for the Conservation of Nature).

In practical terms, this programme affords local governments the opportunity to improve the management of their resource biodiversity, thereby improving delivery of basic services, quality of life and sustainable development.

One of the key methods whereby LAB builds local government capacity is through workshopping between LAB participants and environmental practitioners, who come together to discuss everyday experiences, challenges, successes and ideas, and adding technical advice to find workable solutions. This year the Bergriver Municipality will host such a workshop for approximately 80 delegates from municipalities and environmental experts from all over the world from 31 January to 3 February.

Included in the programme of events is a site visit to the Verlorenvlei on World Wetland Day (2 February 2011). More significantly, the morning’s LAB process will focus on the Vlei and its catchment area as a Conflict of Use case study and solutions to the current impasse (ecology: farming: mining) will actively be sought in terms of the LAB deliverables.

It is hoped that this time the opportunity will not be missed to turn words into actions – that the Verlorenvlei will at last receive the legal environmental protection that it deserves in order for the Bergriver Municipality to wisely manage our resources for a sustainable future.

For more information about ICLEI, LAB and the workshop, contact Leanne Raymond