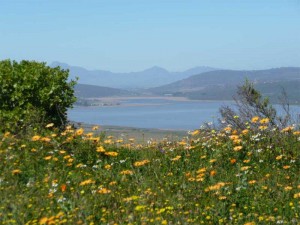 Cape Town, 22 June 2009. One of the very few coastal fresh water lakes in South Africa, Verlorenvlei, near Elands Bay on South Africa’s west coast, is being threatened by a proposed tungsten open cast mine.

This will give Bongani Minerals the right to develop an open cast mine on 500 hectares of land adjacent to the area which is the main source of water for Verlorenvlei. Conservationists believe that this will have a major impact on Verlornvlei, one of the few coastal fresh water wetlands in South Africa.

Verlorenvlei, on the west coast, is a wetland system mainly fed by the Krom Antonies River. It is believed that mining will effect water flow into this river and thus ultimately into the Verlorenvlei wetland. Some of these devastating effects would be the pollution of ground water, de-watering in the mining area resulting in reduced flows into the wetland and, siltation of the Verlorenvlei. 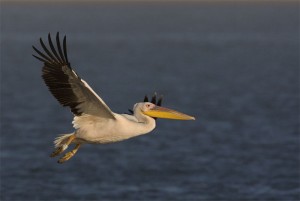 Verlorenvlei is home to up to 20,000 individual birds in the summer months, and to three globally near-threatened and eight nationally threatened bird species. It also supports over a quarter of the Western Cape population’s of Great White Pelicans (up to 400 individuals). The diversity of birds found in the wetland is significant, with 189 species being recorded, 75 of which are waterbirds.

It is also a critically important moulting ground and summer refuge for many species of ducks, some of which occur at the wetland in large numbers. This includes Yellowbilled Duck, Cape Shoveller and South African Shelduck.

BirdLife South Africa believes that this important wetland cannot be destroyed, particularly because of its significance for the well being of many birds in the Western Cape.

Neil Smith, Manager of BirdLife South Africa’s Conservation Division says “This is an inappropriate mining proposal which may affect one of South Africa’s most important and scarce coastal fresh water wetlands. More significantly and of important concern is the cumulative loss of wetlands in South Africa. We cannot continue to destroy our national water resources in this way”.

Initial indications are that the mine will also have long-term negative social and economic implications, so both the area’s people and its natural environment will be affected. It would appear that jobs will be lost because of the effect the mine will have on agriculture in the area, but the number of jobs created by the mine will be less than current levels.

The Verlorenvlei Coalition has also made its position clear, stating that “Such a mine – with an expected life of 20 years – is a short-term opportunity for a big company to make huge profits, at the expense of long-term livelihoods and the natural heritage of the people of Verlorenvallei”

A meeting was called by officials from the Department of Mining on 12 June 2009, where both the applicants and “objectors” were allowed to present their cases prior to the possible granting of mining rights.

Depending on the Department’s decision, BirdLife South Africa will consider further steps to ensure that the Verorenvlei wetland is not destroyed.